TIFF Presents: In Conversation With Brad Bird (video and highlights) 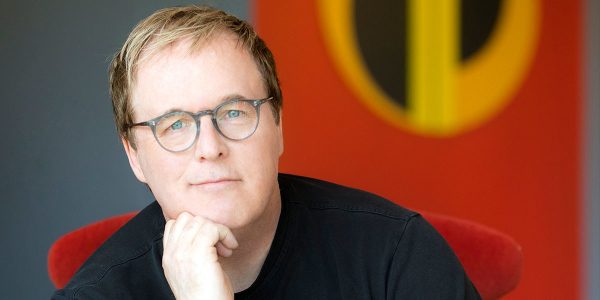 I wasn’t able to make it to the Brad Bird talk held at TIFF a few weeks ago, but thankfully I have good friends who were willing to share the experience. And ALSO thankfully, TIFF thought they’d share it too! Here’s the video:

Here’s a few highlights thanks to Sean Janisse, Barry Sanders and Rich Duhaney:

“Never make anything for an audience that doesn’t include yourself.”

Some paraphrasing on this one:

Step 2 is explaining why it’s bad, which is harder.

Step 3 is the hardest part, explain how it could have been improved. Then you are adding something and expanding your skills.

There was also a great point about making sure to consume more than just animation so that you’re not living in/creating from a bubble.

But our pal Brent Smith went above and beyond with some detailed coverage of the event, so I’m just going to share that here in it’s entirety. Thanks Brent!

Send your work to the person at the top. If they reject you, go to the next highest person on your list and down the line until you get a positive response. That way you know you are working with the best person that you can.

Look for a voice that tells the audience something about the character. More importantly, it needs to be interesting enough to engage the animator’s imagination for the weeks they have to work with it.

On recruiting at Pixar –

We look for people with more classical training – more than simply a talent for animation, they have a passion for character, design and storytelling.

Communicating visually makes for clarity, even if it’s rough. (Words can easily be interpreted differently by different people;an image makes for less confusion.)

Be aggressive in seeking new information. Don’t settle for mediocre knowledge. (Brad and his classmates sound out industry vets outside of class hours to supplement the curriculum from one instructor that they felt didn’t know that subject very well. They actually broke into a classroom and invited the vets to speak.)

Look for inspiration beyond animation: your own life, film, fine arts, opera, books and music. Let these influences become your style.

People who only look to animation for inspiration will repeat what has already been done.

On style and serving the narrative –

Directors in any medium who inspired Brad concentrate on staging and not simply performance. Look to how staging is done in other mediums and how it strengthens the story being told.

On criticism and analysis –

Most people only scratch the surface. Analyze the films that grab you and figure out why you find it appealing. With work that sucks, don’t just say you don’t like it – fewer people will take the time to analyze why they don’t like it. Fewer still will try to figure out how to fix it.

Do it before you have permission and support.

On creating for an audience –

Make sure that the audience you are creating for includes you! Brad likes to picture himself in the most comfortable seat in an elegant movie theatre with curtains that open and then thinks about what he wants to see on that screen.