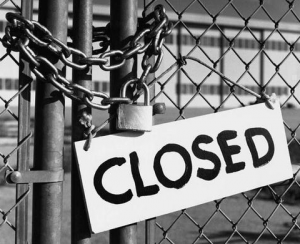 I’m just gonna copy this one.  Hopefully that’s cool with Bruce Erskine and the people at the Chronicle Herald.  Here’s the link back to the source though, for good measure.

I’ve avoided talking too much about this, as I don’t want to incite panic, but let’s face it, things are dire on the east coast.  We all got hit by the last downturn, but I’m really not sure they CAN recover, certainly not without one of the provinces dumping a bucket of cash into the industry.  The talent pool has largely packed up and moved to greener pastures, so even if it does happen, they’ll be pretty much starting from scratch again, which is a shame.

There are still a handful of very talented folks out there, and the potential to rebuild is still there, but this is a very clear case where the government needs to sit down with what’s left of the key players and really talk about how to put some life back into what was once a thriving industry.  Frankly, the government needs to first clarify if they WANT to help at all.  Is a thriving animation industry a priority at all in Nova Scotia, New Brunswick, PEI, or Newfoundland?  If it’s not, if none of these provinces are interested in keeping their tattered animation industries competitive, then they should just call it so and let the 75 who’ve stuck around make an informed decision regarding their futures.

Changes to Nova Scotia’s film tax credits are drawing the ire of the province’s animation sector.

“The tax credit model doesn’t work for us,” Paul Rigg, president of Copernicus Studios Inc. of Halifax, said Wednesday in an interview.

The government offers tax credits of 50 per cent or more to qualifying projects produced or shot in Nova Scotia by companies that have a permanent provincial presence, according to Film Nova Scotia. It administers the program.

In metro Halifax, the credit is calculated as either 50 per cent of eligible Nova Scotia labour or 25 per cent of the total production costs for productions, whichever is less.

Outside Halifax, the credit is calculated as either 60 per cent of eligible Nova Scotia labour or 30 per cent of total provincial production costs, whichever is less.

Rigg is a member of a new organization, Digital Animators of Nova Scotia, which opposes a tax credit interpretation the provincial Finance Department announced without consultation last summer.

The association said the previous cap had been in effect for the last 10 years.

The animators group said the change effectively lowers the cap because most animation productions are done in partnership with production companies outside the province.

“This policy reinterpretation has had the net effect of almost halving the value of the tax credit for animation productions based in Nova Scotia and making the Nova Scotia industry uncompetitive nationally,” the group said.

The organization said the animation industry has suffered severe job losses — dropping from 800 to 75 sector workers — since the change was implemented.

It wants the government to eliminate the production cap or move to a labour-based tax credit.

Rigg, whose studio has done animation for the BBC program Garth and Bev and for George of the Jungle, said 95 per cent of animation projects are co-productions with companies in other jurisdictions.

He said the narrow interpretation of the tax credit limiting it to a percentage of work done in Nova Scotia puts the local industry at a disadvantage, compared with its competition in Ontario, Quebec and British Columbia.

“This is killing us.”

The Chronicle Herald ran a second article, including comments from government officials.  Maybe I’m wrong, I’ll give it another read and see, but it sounds like one bureaucrat passing the buck, and another trying to chalk up the decimation of the local animation community to one guy complaining.  Am I reading it wrong?

Again, here’s the link back to the latest article.

The head of Film Nova Scotia says she understands why animators are upset by the province’s film tax credit system that her agency administers.

Digital Animators of Nova Scotia argues that a change in the way the tax credit is calculated by the Finance Department puts them at a competitive disadvantage compared to other jurisdictions, including Ontario, British Columbia and Quebec.

DANS, a group representing provincial animators, said the policy reinterpretation effectively cuts the value of the credit in half, since most animation projects are co-productions that have budgets involving work done within and outside the province.

The group said the change has cut animation jobs in Nova Scotia from 800 to 75 since it was implemented.

It wants the government to eliminate the production cap and move to a labour-based tax credit.

MacKenzie said Film Nova Scotia supports the elimination of the production cap, which she didn’t think would cost the province very much and might help create more local animation work.

“I know we have lost some business, for sure,” she said.

DANS said the change has practically wiped out a sector that accounts for 25 per cent of production dollars spent in Nova Scotia annually while saving a “miniscule” 0.4 per cent of the annual tax credit paid to film and television producers.

“The loss of tax revenue far exceeds the projected savings in expenses,” the animators said.

MacKenzie said the issue was ultimately a question for the Finance Department.

He took exception to comments by Paul Rigg, president of Copernicus Studios in Halifax and a DANS member, who told The Chronicle Herald on Wednesday that changes to the credit program were killing the local industry.

“Mr. Rigg has been talking about something for over a year now that is simply an inaccurate representation of what happened,” Steele said.

The minister said his department discovered in 2009 that the tax credit for one production had been calculated incorrectly and subsequently fixed the mistake.

“Ever since then, Mr. Rigg has been claiming a change of interpretation, (that) we’d changed something that had been in place for 10 years,” Steele said.

“We absolutely did not. An error on a single file was corrected and the industry was notified.”