Education and Exploitation with John Textor 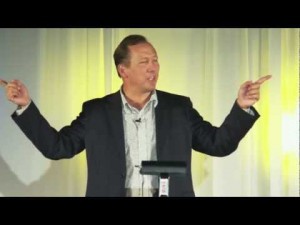 : Apologies to those readers still interested in following this story.  We were unable to schedule the second half of our interview with John Textor in an expedient fashion, and felt it best to get what we do have to you sooner rather than later.  The first half felt like a warm-up, to be fair.  The man is smart, and affable, and I can’t say I disagree with a lot of what he says.  But there are incongruities that I’d like to see addressed.  Clearly, his earlier statements to investors have to be taken int he context of a sales pitch.  The magic 30{f2e86ea6af82e2bb048871abf045622abf0ed27fb513932dc1ee8c05a54cbefd} number sounds like it’s far from set in stone, and there appears to be a very real emphasis on education.  I have further questions though.  And they haven’t been answered.  The specifics of how this particular finacial snake is eating its tail are unclear, and for this to make financial sense still seems to require tuition dollars (usually provided through student loans) to be funneled via various legitimate routes into the production budgets of the feature animated films being produced at DD’s new company, Tradition Studios.  The whole thing, while I’m certain very well-intentioned, smacks of the kind of short-term-profit thinking that has lead western economies into our current precipitous state.  Jobs are being created, yes.  Films are being made, yes.  But there seems to be no consideration given to any true sustainability.  John will get his bonus next year, investors will see their return, and government officials will report on the increase in the VFX and animation job sector.  But will the industry be any healthier?  Will these students embark on long-term, rewarding careers?  Or is that even a goal of this endeavour?  I’m still left with the feeling that the priority here is the bottom line, and while I have tremendous respect for that, I don’t believe it should be at anyone’s expense, especially those footing the bill.  If these students are indeed financing production via student loans or personal savings, in my eyes, that makes them investors.  No different from those to whom John was pitching in his now-infamous clip.  So where’s their return on investment?

Last Thursday Mike and I blundered through Skype and had a succesful encounter with Mr. John Textor, CEO of Digital Domain.
Textor was a polite, talkative and engaging man. This is, I suppose, the kind of man you would hope a CEO would be. We had a lot of questions we wanted answers to, but Textor leads an understandably busy life and we didn’t get as much time with him as we would have liked. What we did get, however, can be found below.
[audio:http://www.canadiananimationresources.ca.php72-4.phx1-1.websitetestlink.com/wp-content/uploads/2012/04/JohnTextor_Interview_Edited.mp3|titles=Beccy and Mike talk with John Textor]

The fellows over at VFX Guide did a much longer interview, which contains similar material, but with a longer focus on the VFX industry as a whole. It’s a kicker at over an hour, but they had the advantage of being in the same room as the guy.
—–
I’m going to make an honest attempt to be brief about my thoughts after talking with Textor.
I don’t think this is Textor backpedaling. It’s important to take everything with a grain of salt, but overall it seems like this man has a few ideas about our industry and the way we educate the next generation that I would tend to agree with.
Digital Domain Institute is not fully operational yet, and it won’t be for a few years. The only program they’re currently running is the Essentials program, which is similar to any other ‘bring you up to speed’ education stream out there. The student exploitation is a few years down the line, and it isn’t just Digital Domain in charge of whether or not it continues.
I suggest that we take a few steps back, but in no way should we let go of this situation. Florida State University deserves our opinions and feedback just as much as Digital Domain does. Nothing is set in stone yet, so we should keep ourselves informed of what’s going on. Canada isn’t the best spot to watch Florida from, but let’s pay attention.
Textor claims complete transparency. He says he wants legitimacy given to the program his company is creating. Reputations are hard to build and easy to destroy, so we should keep an open dialogue going. Maybe this will all turn out fine, but if it starts to lean in a direction we don’t like, let’s make sure to push back.