from the internets: Disney extends Netflix deal to Canada 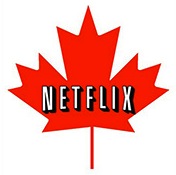 This news broke last week, but I was busy. So that. http://www.thestar.com/entertainment/2014/07/17/disney_pixar_marvel_lucasfilm_movies_coming_to_netflix_canada.html

Basically, Disney has set up an exclusive distribution deal with Netflix, that they’ve now extended to Netflix Canada. What this means: if you want to watch Disney movies, which now include productions from Marvel Studios, Lucasfilm, Pixar, and Walt Disney Animation Studios, you won’t be tuning in to any old fashioned TV stations anymore. You’ll be looking for them exclusively on Netflix. In the past, companies like Disney have done non-exclusive deals for online distribution, basically doubling up in territories like Canada where you could watch their stuff on Corus channels like YTV and Teletoon, and on some kind of web-based outlet. But that’s done. It’s all Netflix now.

So, does this mean anything else other than where you go to find Disney movies?

It does leave a bit of a void on the TV channels, right? They’ll likely fill it with other major studio releases from the US, though. It would be nice if it meant that some original feature production in Canada could find a major broadcast outlet, thus triggering Canadian tax credits, thereby rounding out an otherwise miniscule budget. But that’s a pipe dream.

It does demonstrate Netflix’s status though. If Disney is prepared to forego a Canadian broadcaster altogether, we should look at this as a sign of things to come. We could very easily be looking at at future where our national broadcasters just won’t have the bucks to buy American content. As Netflix continues to scoop this stuff up, and pay top dollar for it, advertisers will continue to shift away from TV, meaning TV will have less money to spend on acquisitions, leaving more content available for Netflix, thereby driving advertisers even further away, and so on, and so on.

So some kind of TV crisis.

Which could still be good for Canadian producers. As long as you’re prepared to work cheap.

But that would probably lead to further legislation, because that’s what we do in Canada. We get the government involved. Does that mean the CRTC will pressure Netflix Canada to up it’s Canadian content? Would Netflix Canada even give a shit? Hard to tell.

But Netflix is definitely a player now. Original production is on the rise, including animated kids programming like the relaunch of Magic School bus. So that could also bode well for us animation types, from a jobs perspective.