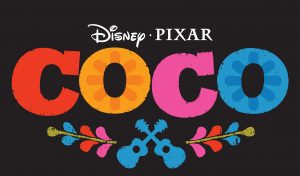 I’m sorry that the Breadwinner didn’t win. Coco is a terrific movie. And when Pixar makes a good movie, this category is theirs. I personally feel that The Breadwinner is a superior film, but I’m also super biased. It’s my kind of film, and I’m friendly with the producers. I won’t say they were robbed, that’s excessive. We know how these competitions are run. Many of those voting haven’t seen the films that are nominated, and the Disney/Pixar brand carries a lot of weight. So there’s a base of voters that just vote blindly. And like I said, this one’s good, so there’s also another layer of votes that it actually earned. It makes it pretty impossible for a film like the Breadwinner to really compete.

I love the Breadwinner.

I’m also super excited for everyone who was a part of it. Aircraft Pictures produced a great movie, and the Oscar nomination got it back into theatres for a second round with some renewed interest. So that’s good for the box office. I want to see more movies like this. 2D animation, low budget, strong story. Heck, I want to make movies like this.

As for Dear Basketball? I’m as big a Glen Keane fan as the next guy. But the fact that NBA superstar Kobe Bryant can now add “Oscar Winner” to his bio is hard to swallow. And this isn’t about sports, it’s about past allegations of rape, and how the charges were settled. Seeing that guy onstage with one of those statues is surreal, and taints the ceremony and Mr. Keane’s win, in my opinion.