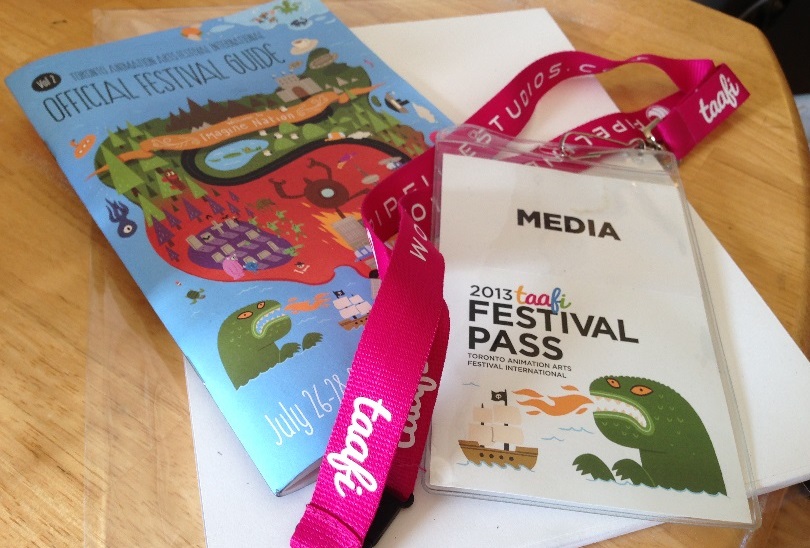 This year TAAFI was kind enough to let me attend their animation weekend, as long as I promised to tweet the whole time. I think I did a good job.  This was TAAFI’s 2nd year, of which I did not attend the first. What follows is my experience and evaluation of this year’s fest.

I did the bulk of my tweeting on Friday, because there was certainly a lot to talk about. I missed all of the technical instruction/masterclass tutorials in favour of spending my day in the CORUS auditorium watching panels. It was industry day, and I wanted to hear about the industry.

I attended:
State of the Industry
The Little Guy
Go Fund Yourself
Napkin Sketch to Greenlight
Cartoons Direct to Internet

and all the TAAD talks

I’m not going to evaluate these panels individually. Overall the day (if slightly delayed) felt like it ran smoothly and everyone participating seemed like they cared about being there.  However, most of the panels felt a little shallow. Everyone tried to keep it quick, but the introductions ate about 1/3rd of every panel, and most of the topics were so broad that there wasn’t nearly enough time to get to the good questions. My suggestion for next year would be to have longer panels, and maybe place everyone’s bios on that fancy screen hanging above everyone. 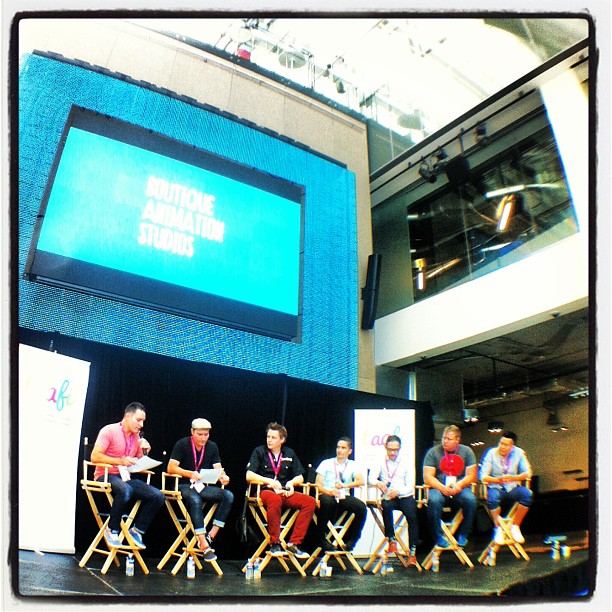 If you ran into me at any point that day and asked how I thought the day was going I probably talked your ear off about the “The Little Guy” panel until you made a polite excuse to escape me. That panel was the highlight for me, as I think the most interesting things Canada is putting out these days are coming from boutique-style studios.

Friday night was the Opening Ceremonies, which were cute as heck, followed by The Day of the Crows (ou La Jour des Corneilles).
The film was delightful, and the Q&A was informative and everyone asked good questions. I learned that the movie was based of a book written in Quebec that was originally for adults, so it was impressive that the film was adapted to be for children. It has a unique style, but I enjoyed the heavier topics broached by the film and the delightful Ghibli-esque wonder present throughout.

The weather on Saturday was a little haphazard, but I didn’t notice because I watched Straight Up Toons, The Reflecting Pool and The Student Shorts right in a row. I tweeted links to all the ones I enjoyed.
I’ve heard mixed reactions about the selection of films, but the thing I appreciated was the presence of a narrative in practically everything selected! It’s always going to be a bit of grab bag with these things. Basically, I enjoyed myself and the various people I spoke with enjoyed themselves and there is nowhere to go but up.

Saturday night was the Bouncing Ball put on by Nelvana, and I hope everyone enjoyed themselves because I certainly did.

Sunday: Let’s All Take A Nap

Sunday was quieter, and not just for me I think.

I attended the Axe Cop panel, hosted by our very own Mike Valiquette. Things got personal and sweet, which I enjoyed. Axe Cop seems like a fun show and it’s good to see  original content not only supported but translated into a new medium without losing the charm of the original.

I missed the ending ceremonies, because I had a train to catch. However, TAAFI’s twitter feed covered everything as thoroughly as I did.

I am most certainly coming back next year. TAAFI’s off to a great start, and I think we can all expect big things in the future.