Spider-Man, Spider-Man, Does Whatever a Spider Can! Spidey Redux, courtesy of a whole bunch of Halifax animators. 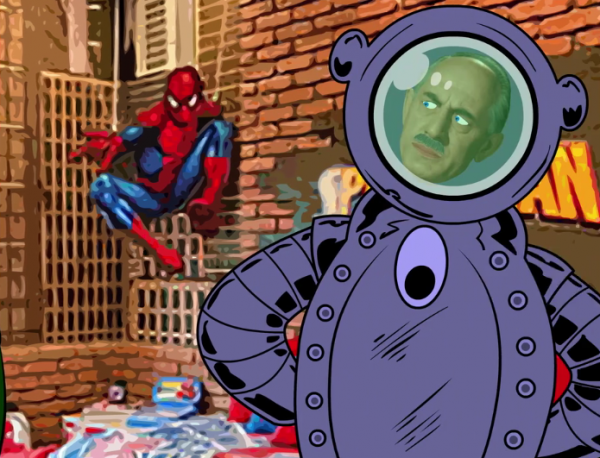 So cool to see this making the rounds. 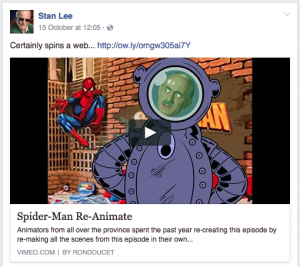 Gizmodo picked it up.

Polygon posted about it.

Something called the Awesomer shared it.

And so did GeekTyrant.

The Nerdist was all over it.

Stan Lee even shared it! (or at least, whoever runs Stan’s Facebook page did)

You get the picture. A bunch of animators did this awesome thing for fun and the internets went bananas for it.

As you can see, former CAR contributor and East Coast Animation stalwart Ron Doucet is the man who actually uploaded the thing, and I’m hoping to talk to him about it soon. As of this writing it’s got almost 50 thousand views.

According to the description it was made over the last year “purely for fun”. It was produced for the “Nocturne at Night” Arts Festival, in collaboration with Digital Animators of Nova Scotia. They based it on the full episode “Vulture’s Prey” from the classic 1967 Grantray-Lawrence Animation produced series. Copernicus is listed in the credits too, so Murray Bain’s paws are all over this thing too.

Some of the articles are quoted as saying that 70 animators worked on it, but I count 81 in the credits. And reports also mention it was produced with Grantray-Lawrence Animation, but I think that’s just someone misreading the credits. As far as I know, Grantray-Lawrence went belly up in 1967. These guys were just good enough to credit the original episode.

The original cartoon is part of our animation heritage, as much of it was actually produced in Toronto. So that makes this even awesomer. 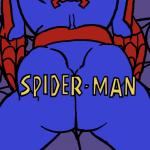 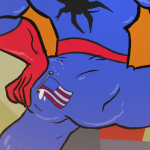 Great job making something stupid and awesome and fun you guys! Also, what is your obsession with Spider-butt?