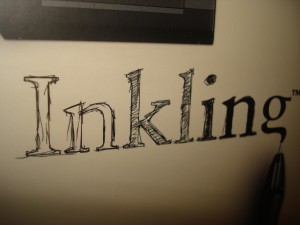 A while back, we got the good people at Wacom to send us one of their fancy new Inkling pens to do a demo.  You remember the Inkling right?  It tore up people’s twitter feeds for about 24 hours.  I figured I should get someone who knows their digital tools to put it through its paces, so I sent it off to indie animator Nick Cross.  What I got back was a colourful commentary by not just Nick, but a trio of talented artists: Nick, Marlo Meekins, and Rex Hackelberg.

Spoiler warning: the verdict is a B+.  Nick thought it was an ok gadget, but not a serious tool, particularly for animators.  Rex liked it just fine and was gently ridiculed by Nick.  Marlo was enraged.